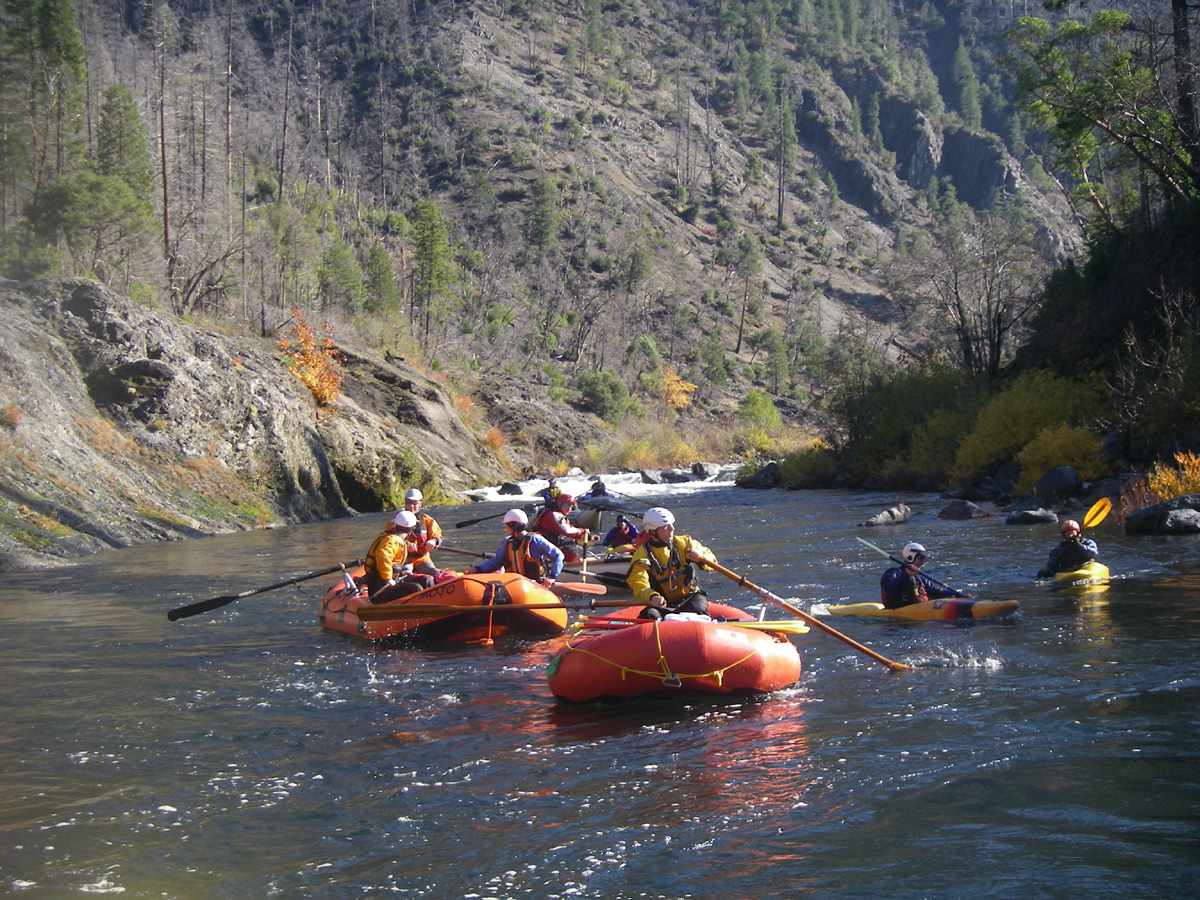 So much for “forecasted flow”… The Illinois was projected to hit 4000 CFS two days before this trip. Instead, it barely touched 1300 and we were left with a bony flow. Jason Fisher and Jo Schroeder, guides for Idaho River Journeys on the Middle Fork and Main Salmon rivers, had flown out for an “epic high water trip” but were left with rocks high and dry. We hit the Molalla with Ryan Morgan at flood stage in our small 10′ Avon on Thursday and then headed south for a low water run on the Illinois. The weather forecast called for sun and sun and sun… thus securing our chances of an “epic low water flow.” But, the Illinois never disappoints, and we got to experience the river the way very few rafters ever get to see it.

As always, Galice Resort provided our shuttle van and trailer, for which they deserve a HUGE THANK YOU. Also, if you ever have Floyd as your shuttle driver you must ask him about his Illinois river trip. The next morning he showed me some great shots of his run nearly 30 years ago. River people and their history on this amazing river are truly amazing and we were lucky to meet him and have him share his story with us.

We put on at Miami Bar around 9:30 AM after spending the night at the Rogue River Journeys guide house, approximately 200 yards from the Illinois River Road. The river was absolutely beautiful: crystal clear water, fun, technical rapids, and clear blue skies. At this flow, the river is extraordinarly slow between the rapids so we only made it to South Bend camp for the night. We had hoped to get below Green Wall and the lower gorge but the fear of darkness kept us from heading downstream.

After an early breakfast the next morning, we got on the water at 8:30 AM and headed off to Prelude. The typical drop on the left had a rock sticking out right in the middle that the rafts kept getting stuck on. But, it seemed like the best way through so we pushed and bumped and grinded our way down. At Green Wall, I ran the entry and proceeded to get stuck on river left. Our three kayakers helped pull me back into an eddy and after some debate we gave the “no go” sign to the rest of the boats. They hiked down from the top of the entry rapid.

Green Wall looked bizarre. Slot “B” was not even an option and “A” was definitely the way to go. It led into a small hole, followed by a move left and then a quick cut right at the bottom. “Harvey” was not a hole at all, just an exposed horrible looking wrap rock. All of our rafts made it through, with Scott taking a more interesting way through the bottom which led to an upside down boat.

After Green Wall, it was just technical boating all the way down to Submarine. At Submarine, I asked my brother Skip to lead the way and give the aye or nay sign. He was running a 10-foot Avon and made it through cleanly but gave the nay sign. It was a very tight slot on the left. The right side showed an even tighter line so we deflated some tubes and pushed down, hoping to squeeze through. It must have helped, because with some jumping around we managed to get through the slot without any helping hands.

From there, it was a slow push to Oak Flat, completing the trip. Many thanks to Galice, Rogue River Journeys, and the gang we were with. 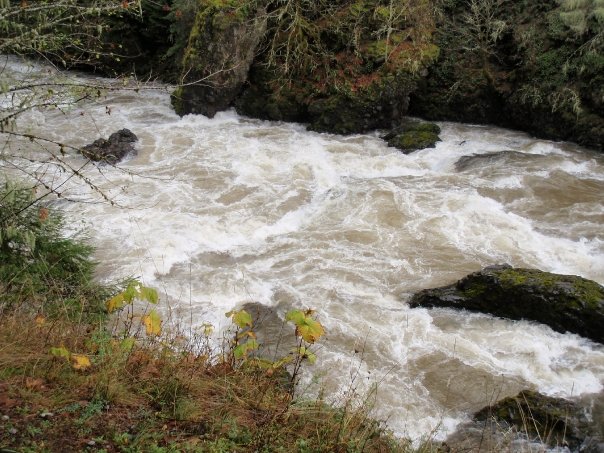 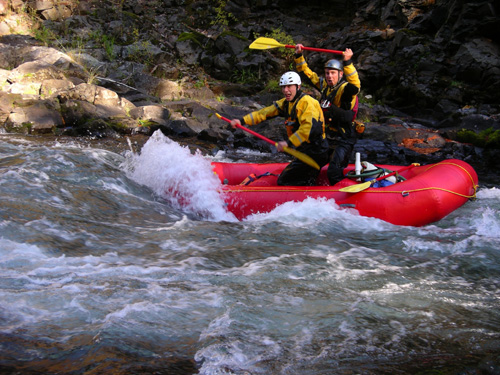 Trip report written by Will Volpert.

Once again, called Ryan Morgan and he came through big time to find a great run for us. The Truss was wicked low for a raft run but the Orletta Stretch is the section between the bottom of Little Zigzag and the BZ put in. The hike down with a raft it brutal. The first run we did on October 26th we carried the inflated raft down the creek bed. That was heinous. The next Sunday on the 2nd, Dana and I hiked in with a rolled raft. That too was difficult. Maybe there is no easy way.

Nonetheless, once you actually do get down to the river you are treated with some great class III and IV drops for about two miles. It is fairly continuous initially, and then mellows. It picks up again just above The Flume. After the Flume, there is short rapid that bends to the right. Make sure you eddy out immediately after this drop. BZ Falls is just downstream. Scout from the right. Both times we ghost boated the raft and I jumped in just after the falls off the cliffs on the right.