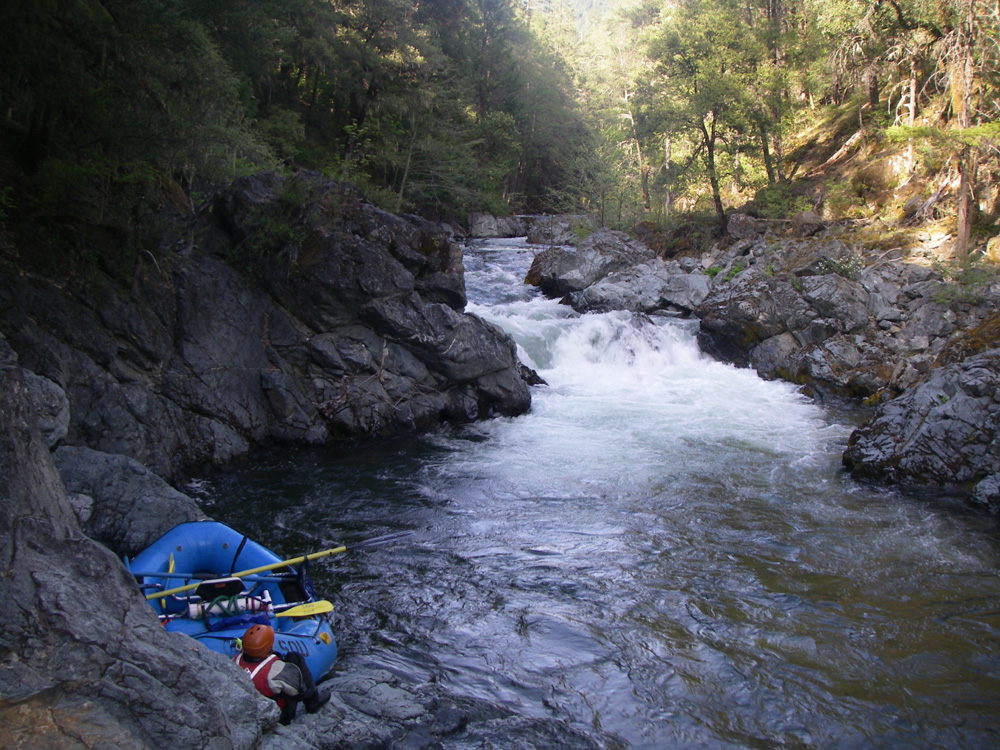 I’d talked to Dan Thurber about the possibility of taking a raft down Carberry Creek and he seemed to think that it would be OK. So, when the flow was up, he grabbed a boat, oars, and frame for me and I met him in Jacksonville. I’d come from Selma after a day of mowing Rogue River Journeys enormous lawn and was excited at the shot of tacking on an afternoon run. Shaggy from Sawyer Oars was also with us in his kayak, as was another Ashlandite, Andrew.

From a rowing perspective, Carberry Creek was a lot like the Upper Wind in Southern Washington, but with smaller holes and a lesser flow. I imagine it might be like the Upper Wind at very low water. It was mainly Class II and III with a few IVish moves thrown in. The most significant drop was a five or six-foot ledge with a small hole at the bottom. Another drop had a twisting entry and ended with a medium sized hole that actually sucked one of my tubes and led to a worrisome half-ass highside before the boat pushed through.

Dan’s guidance was incredibly helpful. The only scout was at the twisty-entrance rapid so I relied on his verbal beta prior to each rapid. Once again, have got to thank the wonderful kayakers of the Ashland area for letting me see a new river. I’m incredibly thankful for the amount of help and wisdom many of these folks have… and for their willingness in letting a hypalon-guy hang out with them.

At the take-out we shared a six-pack, packed up, and headed home. A short run; but one that I will never forget.