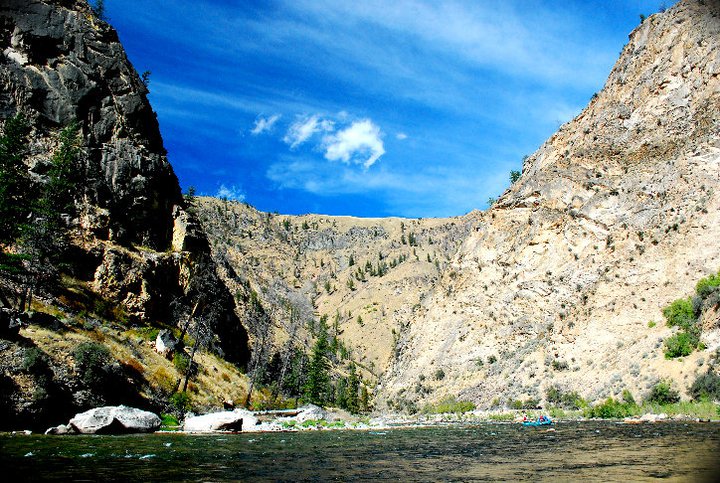 Here are some shots from three Middle Fork of the Salmon trips in September of 2010. We had great weather for all three trips, spectacular fly-fishing, and nearly had the river to ourselves. September is an excellent time of year on this river. If you don’t mind the lower water and scraping over rocks you can enjoy one of the best wilderness trips in the U.S. without entering the permit lottery (post-season trips). 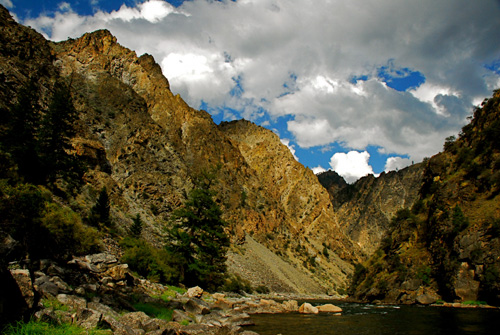 After a summer working on Southern California’s Kern River for Kern River Outfitters, I was very excited to go to Idaho in early September to work one commercial trip for Idaho River Journeys followed by a September 11th private trip. The group we had was a mix of California, Oregon, Idaho, and Montana guides. Scooter and I have both spent many summers on the Middle Fork, but this was my very first private trip.

We arrived at Boundary Creek the evening of the 10th and rigged our boats. No one else showed up – we had the eddy to ourselves. Incredible. Hiked up to Dagger Falls and then it was time for some sleep. The next morning we loaded up and pushed off. It was a beautiful day on the river. Water level was around 1.7 feet at the Middle Fork Lodge. We did some rock dodging and sliding but not too much pushing.

Camp our first night was Sheepeater Hotspring. The second day we ate lunch on the rock at Dolly Lake, then headed down to Indian Creek (the actual creek, not airstrip). The third day we went all the way to Loon Creek (about 25 miles). The fourth night was spent at Camas where we had quite the rain and wind storm. Woolard was the choice for night five and our last night on the river was spent at Lightning Strike.

Overall it was a very memorable trip. Great friends, excellent food, superb fishing… certainly will be hard to beat!

A few shots from the trip, courtesy of Tysun McMullen: 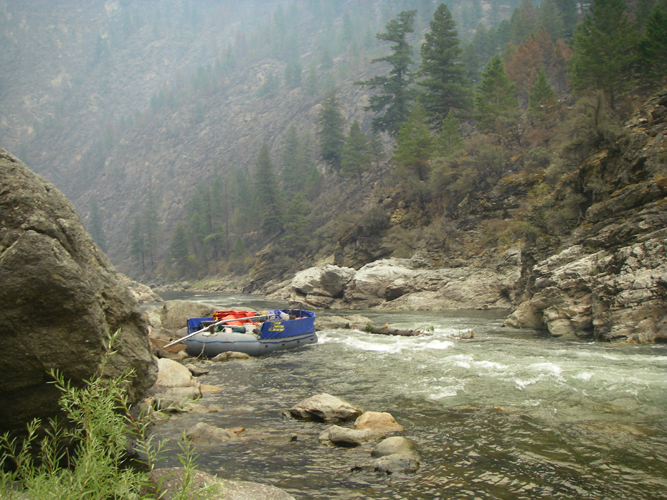